Xmas or New Year Lunch, every which way!

Wentnor is only just over 6 miles from BC but the 15 castle cyclists chose a variety of routes to reach the Crown Inn for our annual Xmas lunch converted to a New Year's lunch for a change.


Jim and Rose got drenched walking over from CS. They dried out nicely only to receive the same treatment going back! 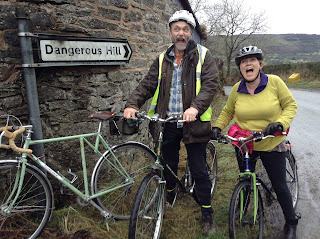 A few brave riders dared to ride up Dangerous Hill. Stephen Abbey took the long way round to avoid it. Adrian rode as close to the flight of that well known crow but basically the plan worked in that we all we pleased with the chosen route, pace and company.

This handy hint was noted by Caroline who was not alone in trying one at the Crown. 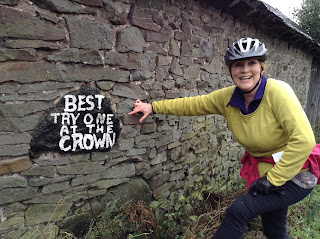 Nice not to have a long wait as we had preordered and there was plenty of hot food, fresh veg and lashings of gravy all round. The most unusual dish was battered halloumi served with tartar sauce and the most traditional was the huge roast dinner, the remains of which Caroline took home in her saddlebag earmarked for a stir-fry.

We decided young Ben had the hallmarks of a pastryarian as he ate all the pie crust with relish (tomato) leaving the steak and ale exposed to the cold and ultimately abandoned. The pub dogs are probably looking forward to Ben's next visit. 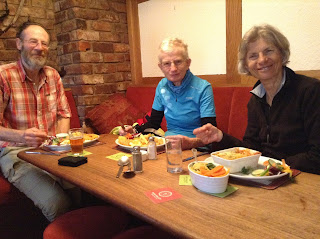 All in all we enjoyed chatting at length about so many subjects as always from drained Italian lakes to the benefits of a good wheel. Pudding choices included parsnip and maple cake and watermelon fruit crumble!


We left the warm environs with slightly larger girths and damp-proof spirits - just as well as the rain started again. 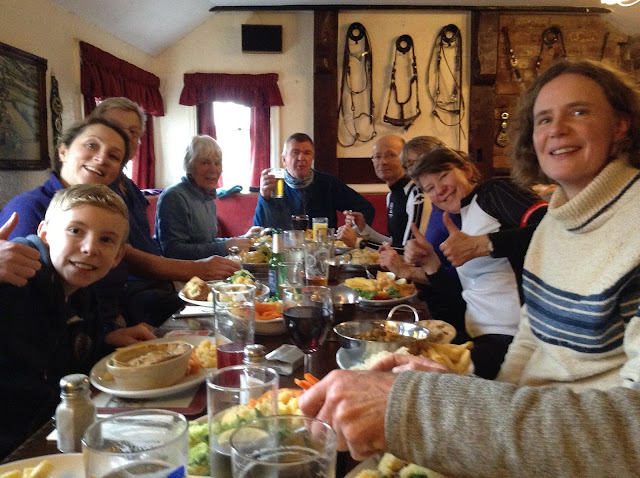 Posted by Castle Cyclists at 19:20