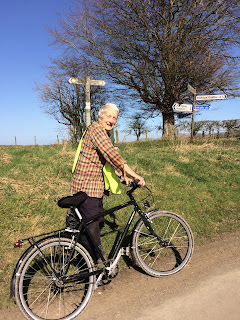 John Smyth was instrumental in establishing the Bishop's Castle Cycle Group. I've forgotten when exactly but it was around the turn of the century. The group's aim was to encourage cycling in the area and campaign for anything that would get more bums on saddles. The last thing John was closely involved with was the cycle routes around BC guide for visiting cyclists but that was nearly 10 years ago - still in print and available at the Town Hall, (or at the link on the right!)

John's knees and memory are showing signs of wear but we pushed our bikes to the top of his very steep lane this morning. I held my breath as he performed the scoot and mount technique once the gradient had levelled off.  Exactly as John had predicted, he was fine as soon as he started pedalling.  We rode up the Ridgeway and cycled along the top to the moat. 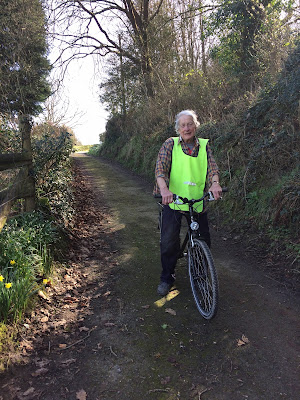 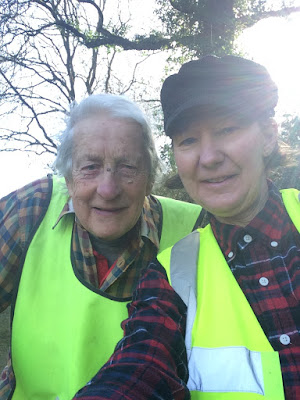 A visiting cyclist was at the 5 lanes junction studying of all things the aforementioned guide - I introduced the cyclist to John explaining that John had actually written the guide! The cyclist was amazed but still needed a bit of convincing on the correct direction but he acquiesced eventually.  Off he rode down to Montgomery on the route we called 'The Full Monty' and back we went to Seven Wells, John thoroughly enjoying the mini excursion. 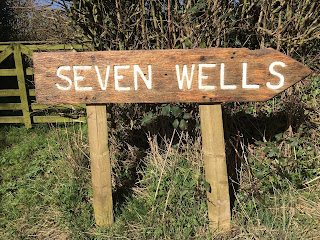 "I only fell off 12 times" he laughed on his return so Hilary asked to see the scars but it wasn't true at all and she was delighted to see photographic evidence that we'd beaten the odds. John was very keen I shared this story with the group so here it is! 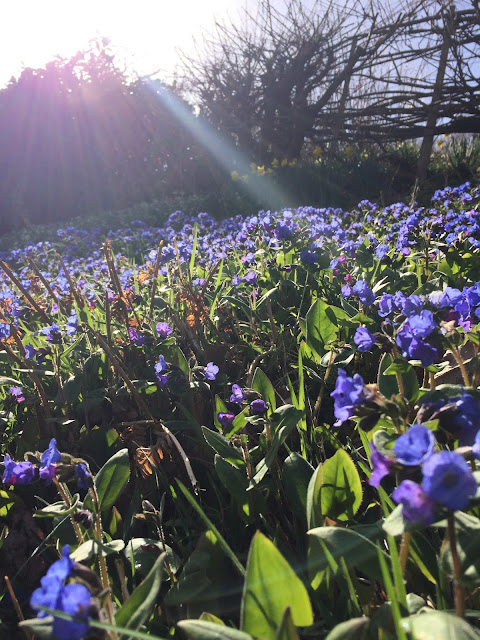 Posted by Castle Cyclists at 09:00