Hopesgate? ...never heard of it!

Saturday evening and our Sunday plans had been postponed so we were free to go on the Castle Cyclists ride to The Stables Inn at Hopesgate. We had no idea where Hopesgate was so we looked on the map and wondered which route Paul, our ride leader would take. It was a chilly start and each of us had seen a different weather forecast so would it be cloudy, sunny or rain? It turned out to be an untypical November day with some sunshine and blue skies affording us fine views. There were just six of us to start but Jonathan popped out of a side road, no doubt having completed the Tour de Shropshire before breakfast. Beryl had taken the opportunity to get ahead but as we approached the turn off to Churchstoke our group became eight.

We cycled through Churchstoke, Chirbury, Marton and beyond. I was the only one to get a puncture but Paul and Liz provided a Lewis Hamilton style pit stop repair and we were pedalling once again. Quiet, undulating roads with a few steeper hills led us to our destination - Hopesgate and The Stables Inn. What a great pub! Three of the group had decided to take the more challenging route across Long Mountain so we arrived before them. 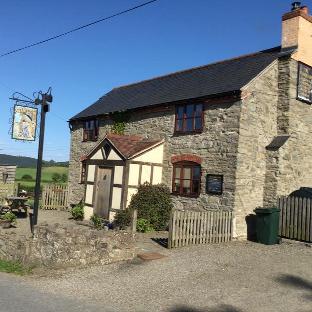 Huw, Lou, Ben and a friend Paul had driven over to be sociable and to do a walk. Huw, did you ever make it up Bromlow Callow after that enormous lunch and the Ludlow Gold bitter? As time went on Beryl assured me that our three intrepid adventurers who were cycling over Long Mountain were okay. Just as Glynn, Liz and I were leaving with full stomachs Yavuz, Shirley and Jonathan arrived exhilarated and hungry.


Glynn suggested we return to Bishop's Castle via Snailbeach, Stiperstones and Linley Beeches. Feeling a bit weary I asked 'That's a bit hilly isn't it ?' 'No' said Glynn ' only slightly more than the main road'. Hoodwinked yet again! It was definitely a quieter and more scenic route but I am certain it would be classed as hilly. We returned to BC, summoned up enough energy to clean our bikes before relaxing with a pot of tea and a warm, satisfied glow. A big thank you to Paul, our ride leader, who as always, did a great job despite having a cold. I feel very privileged living in an area with so much beautiful countryside on our doorstep but also to have such good friends to enjoy it with so thank you to all those who made the effort to come out today. 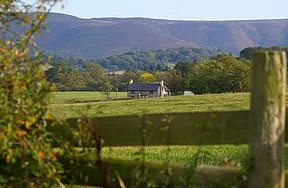 Posted by Castle Cyclists at 11:00 No comments: